If Mortgage Rates Rise, What Could You Do To Lessen The Blow? 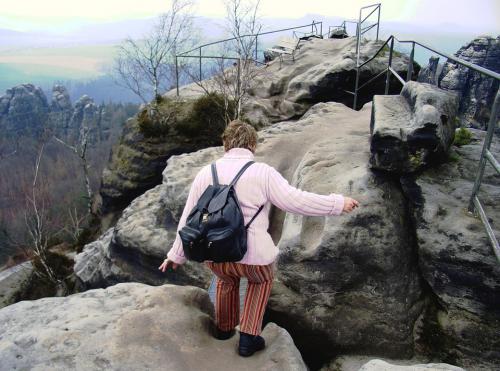 Inflation in this country has already been above the Bank of England’s 2 percent target for quite some time now. The Bank’s MPC (Monetary Policy Committee) has ignored this thus far primarily arguing that by increasing the base interest rates to combat inflation, they would jeopardise any signs of an economic recovery.

This train of thought is set to change in 2011 with many analysts predicting that interest rates will have to start rising, starting in Spring. Anywhere between an additional 2 – 5 percent on top of the current base rate has been mooted.

So, considering nearly three quarters of homeowners are on variable rates – what should people do to brace themselves for the rising monthly financial commitment?

We have put together a shortlist of options available to you currently to help weather the storm.

Take advantage of the historically low interest rates at the moment and start overpaying your mortgage – With the base rates at only 0.5% and the average mortgage interest rate around 3.7%, most homeowners are experiencing quite a cut in the monthly payment they would normally make on their mortgages. For example, a £100,000 repayment mortgage at 3.7% would cost you £511 a month – down from the long term average of £644 (interest rate at 6%). If you continue to pay your mortgage at the lower amount, by the end of next year, your balance will decrease by only £2,000 – however, by overpaying £133 a month, you will have paid off nearly £4,000. Try our mortgage overpayment calculator and see how much you could save.

Most lenders should allow you overpay up to 10% of your mortgage per year without penalties, but individual deals vary so double check yours before starting. There may be further clauses where you have a fixed rate or special introductory deal.

Alternatively, put aside your mortgage savings into a good savings account - Some people are uncomfortable with overpaying a mortgage with spare cash as there is always the possibility that you may need the money in times of hardship and have quite some difficulty in accessing it. By overpaying your mortgage you are just repaying a loan, so should you require withdrawal of your overpayments, you would need to apply for a secured loan or remortgage to release the built up equity. This may prove difficult for some – unless you are on a flexible or offset mortgage plan. An alternative therefore would be to put your saved mortgage overpayment into a high interest savings account and then use money from that to overpay your mortgage or pay your mortgage when you feel comfortable.

This will not yield the same savings as overpayments would, as the banks (especially at the moment) rarely pay more interest then they charge.

Large amounts of people on variable rate deals may be more comfortable on a fixed rate plan – Even though it is very tempting to stick to a variable interest mortgage plan whilst the base rates are low, there are downsides to the strategy too. People who like to know in advance of their budget commitments are already waiting with gritted teeth at every base rate announcement – there is only one direction their interest rates are going to go, which is up. If you have a good amount of equity in your home, at least 40 percent, you can take advantage of some decent fixed rate deals that are not far off the best tracker, variable or discount mortgages. Some good fixed rates are available up to 75 percent loan to value too. You can fix your mortgage now and start to create a long term budget plan for when you come off the deal.

Check out the more “niche” deals – You can still take advantage of low variable rate deals and mitigate the disadvantages by using clauses such as ‘switch to fix’ – these allow people on variable rates to switch to a fixed rate at any time. Capped deals also would fix your rates to a certain level once reached.

Consult your lender – This may seem frightening, especially where you might have missed payments or are worried about your ability to keep up with future repayments, but your lender will be best placed to help and are regulated to do as much as they can  in this effort. Some lenders will have options solely for existing borrowers, where they can switch deals even if they are experiencing some negative equity. Your lender may allow you to switch to interest only payments, extend your term of let you take a payment holiday.

Insure yourself against rate rises – Companies such as MarketGuard have policies where the homeowner pay a monthly premium to insure against interest rates rising above a certain level. MarketGuard have a 2 year plan called RateGuard which will pay out if rates rise more than one percent. This plan would cost £30 a month.